By busymockingbird on September 24, 2013 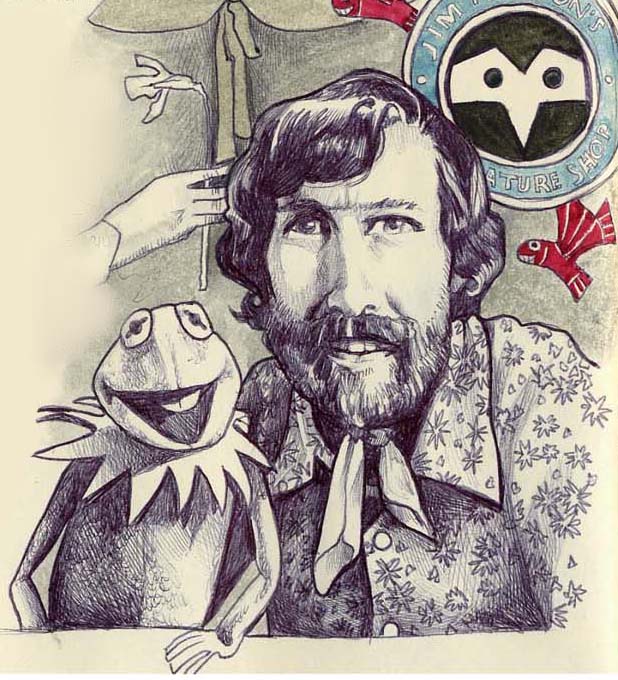 Hi there.  I have a confession to make:  I LOVE the Muppets.  I love the story of the Muppets, and I have since I was a kid.  I love Jim Henson, and his creativity, and his heart.  Like him or not, you can probably appreciate the amazing things he’s done in children’s educational television.  I learned how to read at age 3, and my parents say that Sesame Street played quite a big part in that.  I was fascinated by the Muppets as  kid.

Later as a preteen, I saw a “making of” documentary of the movie Labyrinth.  I saw Brian Froud’s concept illustrations for the characters, page after sketchbook page of wild and wonderful creatures, and I was FLOORED.  You mean this guy’s JOB was to create strange creatures?!?  I learned that Jim Henson had a Creature Shop, and wrote him to ask how to get there.  I filled the edges and borders of my paper and the envelope with doodles as elaborate as my pre-teen imagination could come up with.  The people at the Creature shop wrote back, and were so positive, telling me to study puppetry, to learn to sew, to draw and continue to draw, and to never stop creating.  They apologized for Jim being so busy on set of a new movie, but that he had taken the time to hand-sign a photo of himself and the Muppets for me.   While I veered eventually from puppetry itself, the inspiration of that letter, that photo, never faded, and in my mind, they’re both still covered in wonderful magic fairy dust.

As an adult, I saw the documentary “Being Elmo,” and am not ashamed to admit that my eyes watered tears of amazement all the way through it.  The magic hasn’t worn off.

I think we all try our best to hang onto that spark we had as kids, that creative magic.  But once you grow up, you sort of lose those eyes, and it’s very difficult to see through them the same way again.  You can try, but it’s just not ever the same.  Creating with my daughter has allowed me to take a peek and see through kid eyes again, if only for a moment, which is an amazingly lucky thing.  It helps keep that magic alive, if you’re willing to take the time and LOOK for it.  As Jim said, “The most sophisticated people I know–inside, they are all children.”

Jim Henson once said that he’d like to leave the world a bit better place than when he got here.  I think that’s an admirable goal, even in the littlest ways, even in our own direct little worlds.  I don’t have any lofty plans for gigantic world-changes, any political hugeness or desire for public protest.  The lessons I’ve learned from Jim Henson:  that you can change the world simply by being who you are, and by doing what you love, by how you interact with people, one person at a time.  EVERY time.  To be yourself and to do what you love, to try to find that same thing in other people.

(PS…I cannot tell you how star-struck I was to see the original Kermit puppet at the Smithsonian.  It was a movie-star experience.  I marveled at his stitches.  I was in absolute awe.)