…And a Happy New Sketchbook 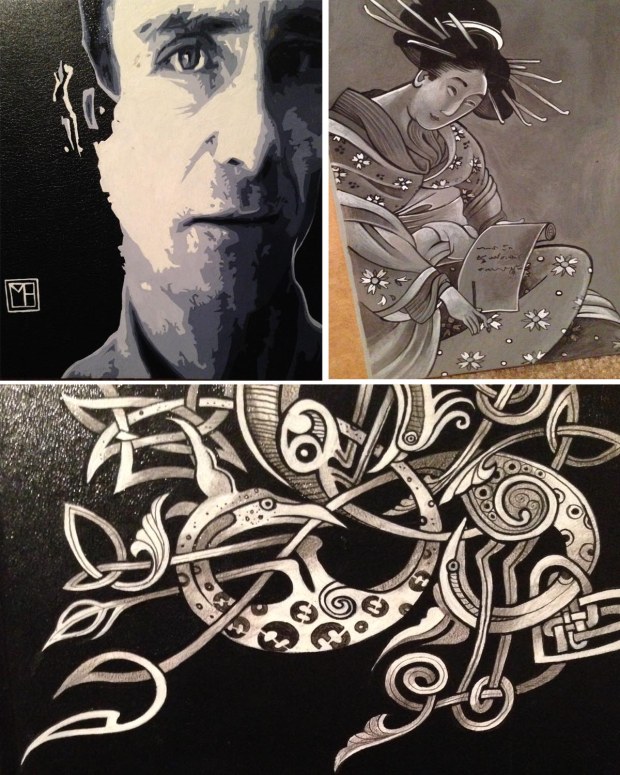 Do you sketch?  I do.  A lot.  I have drawn in lots and lots of sketchbooks.  There’s such a good feeling of potential inspiration on the gaining of a new sketchbook.  But for me, doing so means involving myself in a bizarre sort of ritual:  I MUST decorate the cover.  Usually, it is with whatever I happen to be inspired or influenced by at the time.  But here’s the catch:  if the cover doesn’t turn out so well in my eyes, I have trouble drawing in that sketchbook, and it ends up being a total waste of perfectly good drawing paper.

I know, I know–that’s silly, right?  Well for me, it’s true.  There’s something to be said for making your surroundings, and the place you like to “nest” aesthetically pleasing.  It lights little sparks in your mind, gives you the warm fuzzies, and encourages you to try new creative things.  “Come on in!” it says.  “Welcome!  There are so many awesome things to see!”  But mess up the front of that sketchbook, and it says in a nasty little voice, “Those things you like to doodle?  They are not very good.  Don’t bother, because it will just look horrible.”

I have decorated new sketchbooks with a variety of doodles and paintings over the years.  These little tattooed “milk men” were from a time when I was very influenced by some vintage tattoo books.

And this octopus lady?  Well, I’m not sure WHAT’S going on with her, but I’ve always really loved her eyes.  And what a friendly smile, amIright? 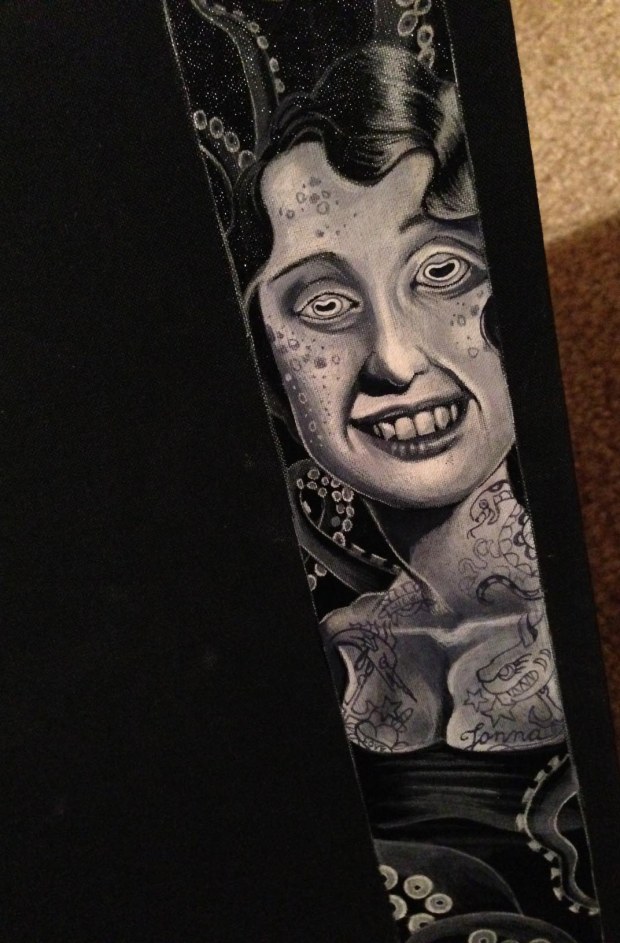 One time very recently, our daughter saved a sketchbook from near doom.  I had been trying desperately to rescue this drawing by adding highlights and more “tribal” hair, and patterns and all sorts of whatnots, when she came over and asked me if she could help me by adding “highlights in her hair.”  Knowing what lay on the line, and the potentially sad fate of this sketchbook, I let her, and with three simple brush swipes of white in her hair, she completely saved it. 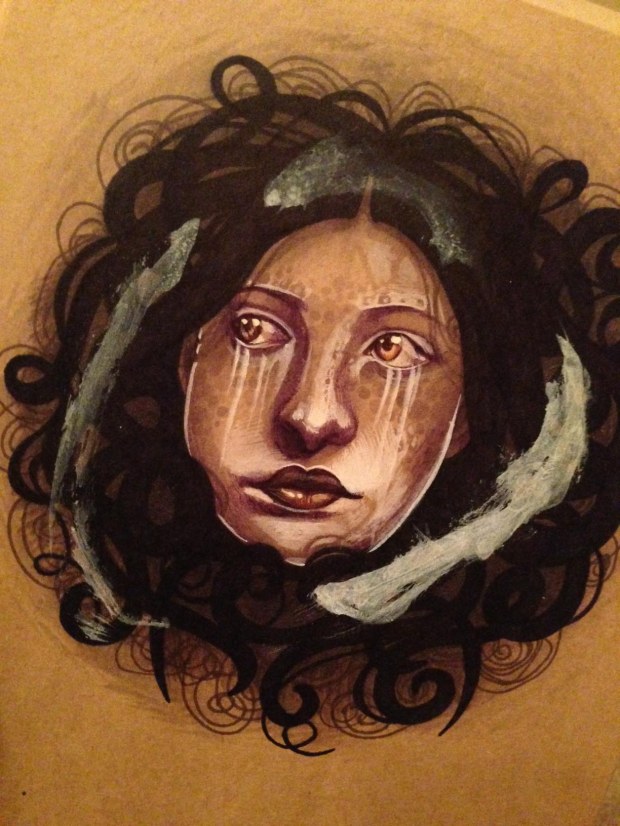 As you can imagine, over the years, my ever-growing collection of sketchbooks had built up and was responsible for a fairly large chunk of our military moving weight. (For non military folks, a quick explanation:  the military allows only so much weight per family it will ship when you move to your next duty station.  My love of books and my sketchbooks have been a fairly decent chunk of that weight for a good part of our marriage….)  So much so that it was almost weighing ME down to keep those old sketches around.  In a way, some sketchbooks are like looking back at a snapshot of your life at the time.  You see the ups, the downs, the inspirations and the failed attempts at drawing, mundane grocery lists, mental notes, favorite quotes.  All the little snippets of day to day life that someone like me (who usually has a sketchbook within arms reach at all times) might have.

So one year, I decided that except for a few special sketchbooks, I would take only the highlights from all of the sketchbooks from all of the years, and make a scrapbook.  I took my favorite things, even the little snippets and sketches and notes, and compiled them into one huge scrapbook.  It was a little intimidating at first to consider throwing anything away, but in a way it felt sort of good to get rid of all of that extra weight, to throw it away forever, and have something to show for it; something that felt good.  Something that made that little voice say, “HEY!  Some of these are pretty good!  See–maybe you’re not so bad after all!”

…So it’s almost the new year!  And I have a new sketchbook.  And whatever I decide to put on the cover, I want it to be a good one.   I want it to make me feel happy, to feel good.  I want it to inspire me to do better, to be better.  …So, metaphorically speaking….what would you put on YOUR new sketchbook?

We keep chalking butterflies and the rain keeps washing them away....