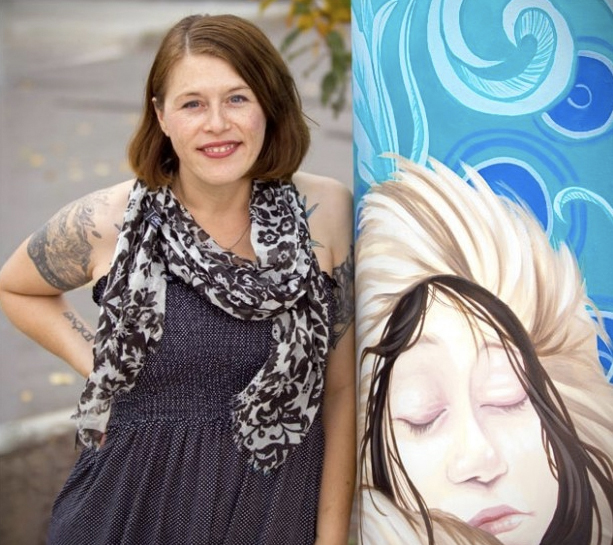 Just before last winter, when we lived in Alaska, I was lucky enough to be chosen as one of the artists in Fairbanks’ Paint the Pipes project that my friend from Chartreuse told me about. Essentially, in the hopes of beautifying Fairbanks, artists were selected to paint designs on the vent pipes downtown. I did two designs, but my design called “Dreaming” was the one that was selected. (Personally, I think the tangled ravens could’ve looked pretty cool, but I get why it might be a little…less upbeat.)

When I first moved to Alaska, I was overwhelmed by a sense of isolation. I didn’t know many people, I had a young child, and my husband was scheduled to deploy. A counselor once told me about an artist, a woman who moved to Alaska during the Gold Rush, and painted to comfort herself, and had written a book about it. The book didn’t necessarily comfort me, as much as remind me that this “adjustment period” in Alaska will pass. And it did! Soon I met some of the very best friends I’ve ever had at a duty station. But I thought of the native babies that grew up in those harsh conditions, and how they not only survived, but thrived. Being relegated to the indoors for a good chunk of the year, I often wondered what they dreamt about, or what they did to pass the time. I thought of however rough the conditions, you always have your mind, your creativity, to take you other places.

So “Dreaming” it was. I was very very sick when I began painting my steam pipe, and winter was coming….so I had very little time to work on it. On top of that, one of the developers of the program set up a time-lapse camera to document my progress on the pipe, which I didn’t mind, but it sure was intimidating. I often thought, “I’d better move around and finish this up quickly, or it’s going to be one heck of a boring time-lapse.”

I did the majority of the painting the first day, probably in about 3 or 4 hours.

Then I was able to come back another day (still sick, sadly) and paint some more detail. Probably another 4 hours or so. 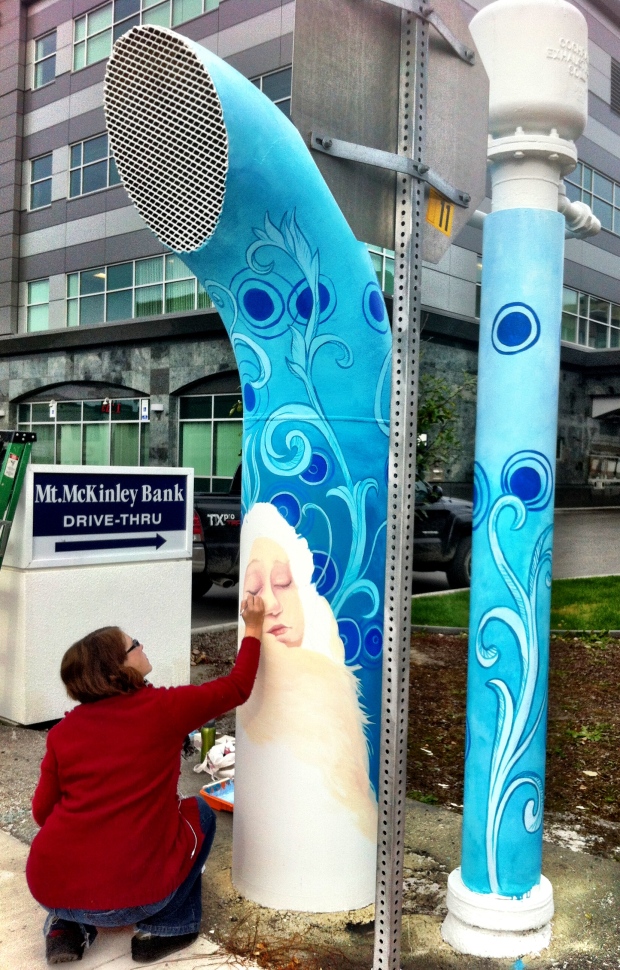 I was so excited to see it in the wintertime, that I drove out to take a picture after the snow had fallen. But to my surprise, CHUNKS HAD FALLEN OFF. The city had primed the pipes, but since mine was a steam outtake pipe, it was warm, so mine was the only one that cracked. They had never tested the primer in winter, I guess.

If you’ve ever read Vonnegut’s “Bluebeard,” (one of my favorites), you can appreciate the irony. 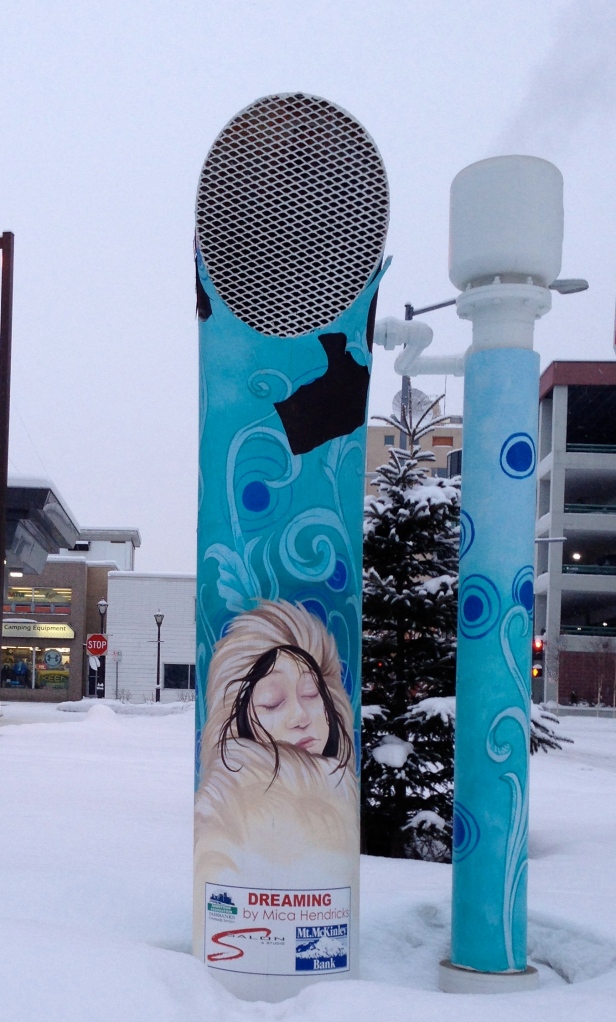 Luckily, the bottom part seems to have kept fairly stable. They asked if I’d be willing to come back & repair it, but sadly, we moved just before summer. I hope it stays together for awhile, or at least until someone can repair it. I won’t even speculate as to the symbolism….and I hope passing tourists do the same!

Do you know the sweet little wonky wonder that is @ready_freddie_ ? She’s a whole lotta sweetness, and is here to tell you how much you’re loved for just being you. And in the meantime, spread lots of drool.🖤