I’ve been a bit in the dumpers lately, and trying to get out.  Nothing big, nothing serious.  Just the dumpy dumps.   But while I work my way out, I thought I’d share this little frog rider with you.

It started when I was sick in bed.  I have been getting back injections in preparation for a spinal ablation, and although it’s supposed to be a fairly speedy recovery, I have had a hard, painful road with it….so I’ve been spending a lot of my down time in bed.

Like Frida painting in bed, drawing is a really good way for me to be engrossed in something other than pain.  For a time, I am so focused on what I’m drawing, that I don’t feel so bad.  It’s like floating somewhere above your body, until someone or something reminds you that it’s attached to you. 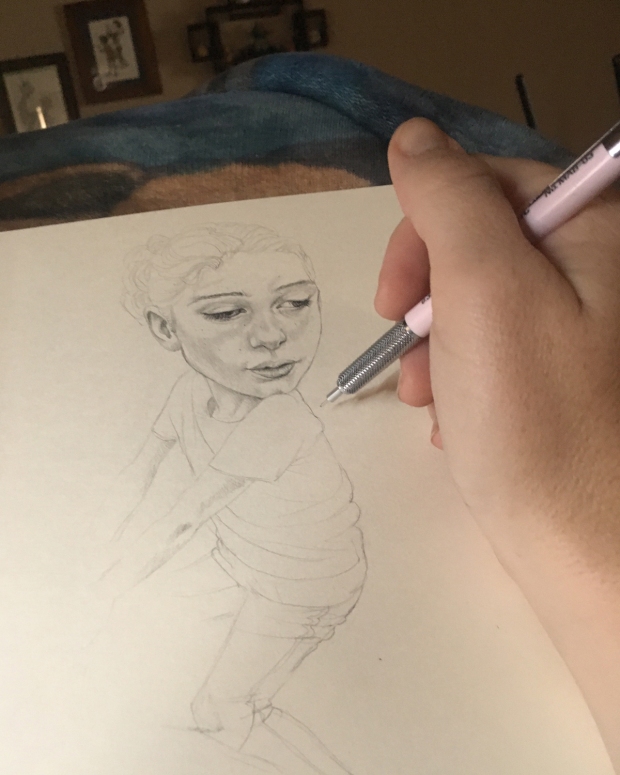 I used to hate the feel of pencil on paper, like nails on a chalkboard.  But you can hold a pencil upside down while you lay in bed drawing, so there are times when it has its moments.  Plus, I’ve learned to make peace with a pencil, in a way….  A blending stump, some workable fixative, and some watercolors make for an old-fashioned illustration feel that I can’t always get with my pens.  It’s not the right move for everything, but it has its moments. 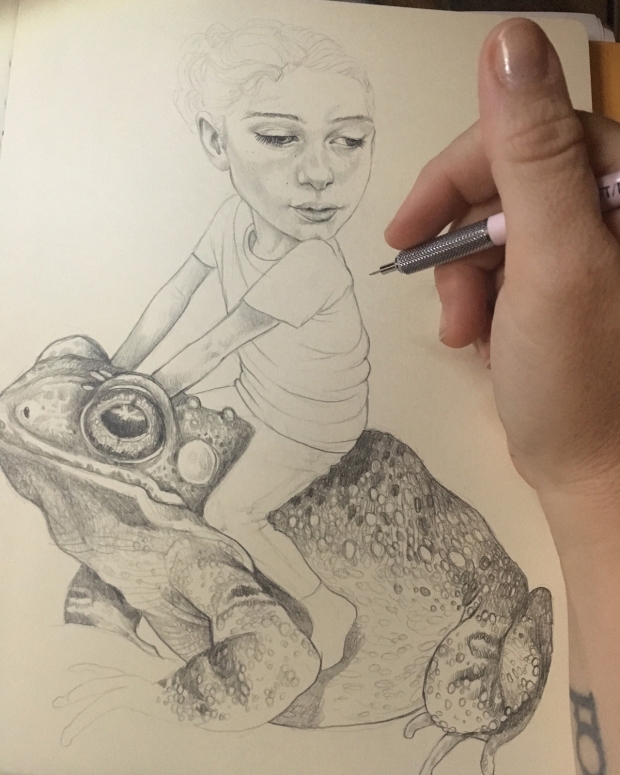 So I drew a little frog rider.  It’s our daughter, Myla, but it doesn’t HAVE to be her….it’s just that I have a million reference photos of her, and I love every one of them.  I could draw her little face a million times and not get tired of it. 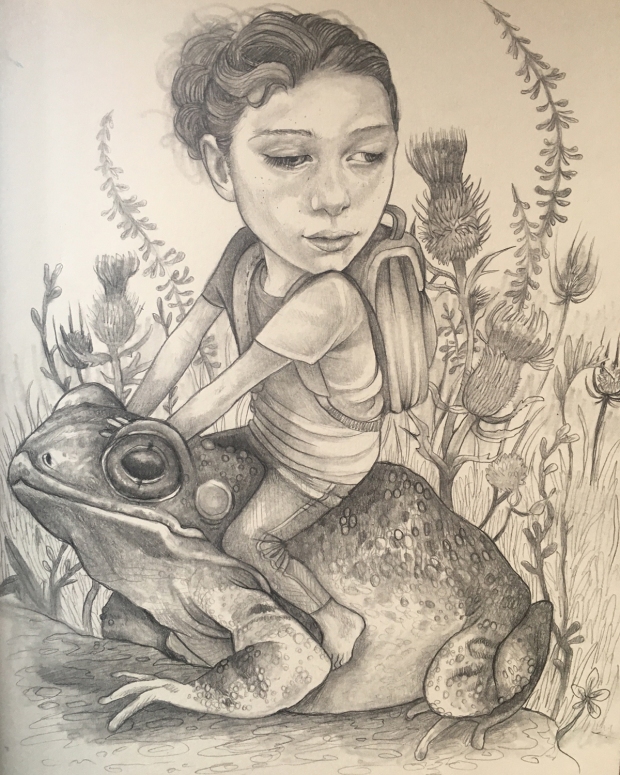 I try to get caught up in detail, but it doesn’t always work.  I get lazy with backgrounds, but I love trying anyway.  Even one of my favorite artists, Matt Gordon, says he “fakes” a lot of his intricately detailed backgrounds with squiggles….but somehow, I can’t pull it off nearly as well as he can…

But it’s a happy distraction.  Maybe sometimes I use it too much, as a crutch to avoid discomfort…but it’s my happy place.  My safe place.  My place that doesn’t hurt so much.

My little frog rider might not know where she’s going, but she’s looking back a little to make sure the rest of it stays behind her.  And that froggy–maybe she’s keeping an eye on things, too.  Maybe they’ll get where they’re going one day, but for now, they’re trying their best to hang on tight in the instability of a bumpy ride…

Hopefully, that road’ll get a little smoother, froggy.