Only one week away from our trip to Wizarding World of Harry Potter in Florida, and we’ve got Potter fever!

At some point, Myla and I were talking about the creatures in the Harry Potter movies and books, and I mentioned how I stumbled across this pattern kit by Mieljolie for a Cornish Pixie–One of the little creatures from Harry Potter and the Chamber of Secrets that Gilderoy Lockheart releases in his Defense Against the Dark Arts class. 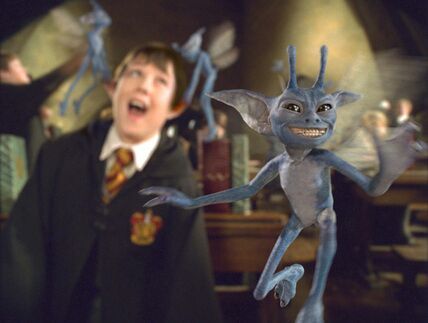 The Mieljolie kit was super easy to follow, and had nearly everything we needed to make this cute little fella (you can also buy just the pattern as a downloadable PDF). 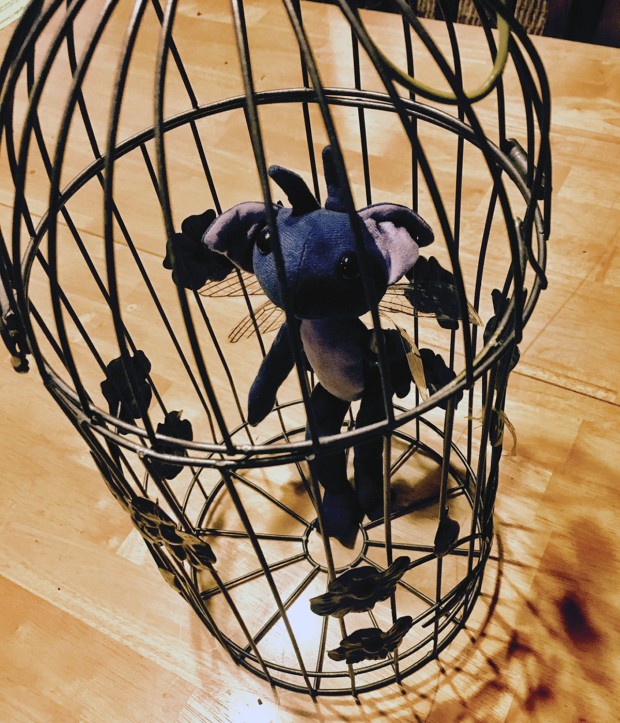 But then I saw Fantastic Beasts and Where to Find Them and I fell in love with the niffler.  I told her all about it, and showed her video clips and pictures, and she fell in love too.

The niffler, for those who don’t know, is a little platypus-looking creature from the movie, with a bottomless pouch, who is very much attracted to shiny things.

They even have niffler Funko Pops!  We found these adorable Pocket Pop keychains and had to snatch them up:

“I bet he’d make a CUTE doll,” Myla said.  But when it came to dolls, I couldn’t find a single pattern online.  I heard from a reader that Harry Potter World / Universal doesn’t even have the rights to the characters yet, so they don’t even have plush dolls in any of their shops.

So like I often do, I rolled up my sleeves, and made my own.

It’s a big wonky, and a whole lot strange, but Myla LOVES it.

There’s a great scene in the movie, where Newt Scamander catches the niffler, and shakes him so all the gold coins and jewelry fall out of his pouch, and land in a giant pile on the floor.   So fun!

I haven’t made a pattern because I’m like one of those cooks that add a little of this and a little of that and can’t explain to you how exactly they prepared the food?  Yeah.  Like that.

But its arms are hinged, and can move up and down, and mine even has a little pouch!

Myla LOVES bringing him places.  She even took him when she found the nerve to go to the movie, and see the niffler herself, and she LOVED it.

The unfortunate part is that none of the other kids know who or what the niffler is, so they can’t really appreciate it.  But Myla’s a bit used to that.  She’s learned that she comes from a long line of weirdos, and that even though they’re not always understood by other people, weirdos are the best kind of people.  And that just because you’re the only one who knows what something is, it doesn’t make it strange or uncool, it makes it SPECIAL.

One more week til Potter World!