When our daughter was a baby, she had a lovely little mess of curls on top of her head that I lovingly referred to as her bird’s nest.  I drew pictures of it.  I made photo collages of it (complete with little mockingbird!).

So last week I was browsing the Monster/EverAfter High section of a store (like adults do), and I came across the most wonderful thing that made me instantly smile:  An Ever After High doll named “Featherly,” complete with curly hair and a little BIRD NEST. 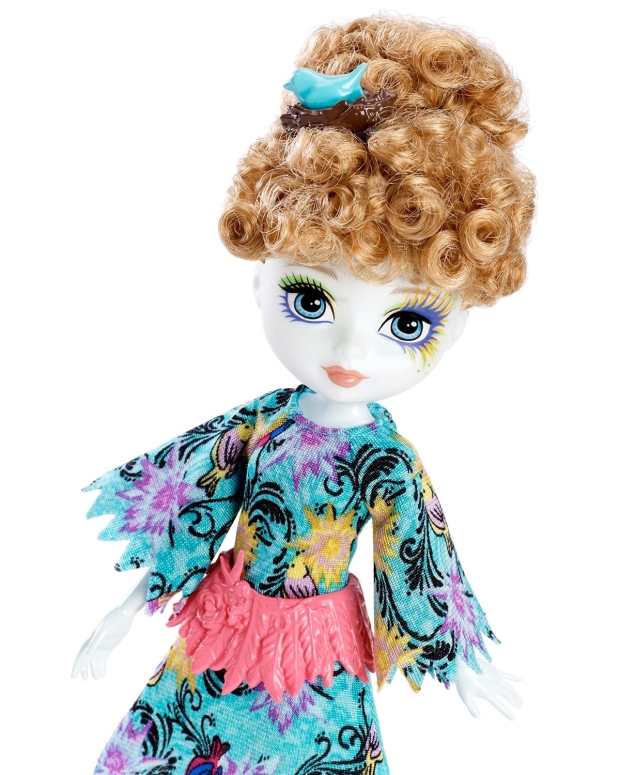 As I mentioned, I’ve been randomly addicted to customizing dolls lately, and set about repainting her immediately.  I wanted her to look a little more like a little girl.  A little more like Myla.  Not in a weird voodoo-doll “I want you to be my pretty little doll and never grow up” way, but just in a simply innocently weird, “I want to make a doll that looks like my kid” way.  (Hey, it’s not THAT weird.  Girls get those American Girl dolls and dress like them, right??)

So here she is all repainted and pretty…  I’ve still got a little learning to do with customizing dolls, but I’m having fun, and the rest will come with practice. 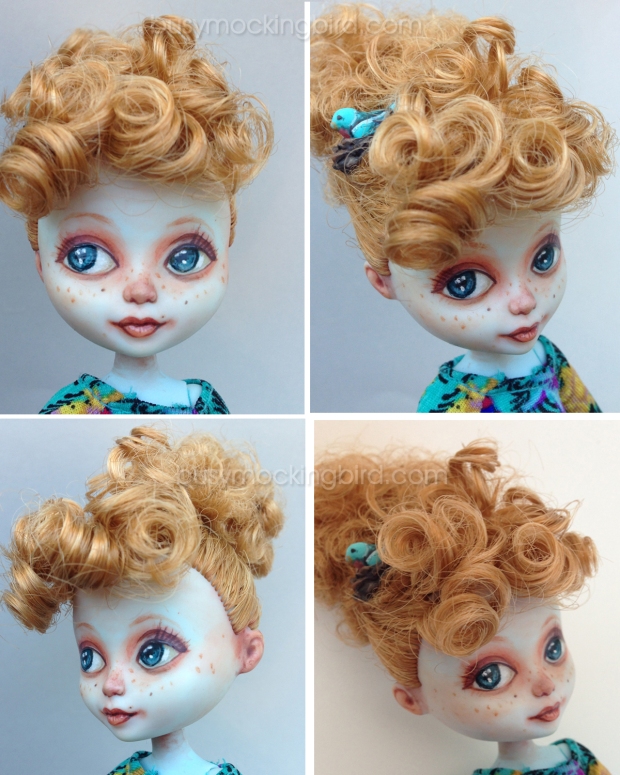 My technique’s a little more scratchy and sketchy than people who do this professionally, but it feels good to see a new little look shining through. 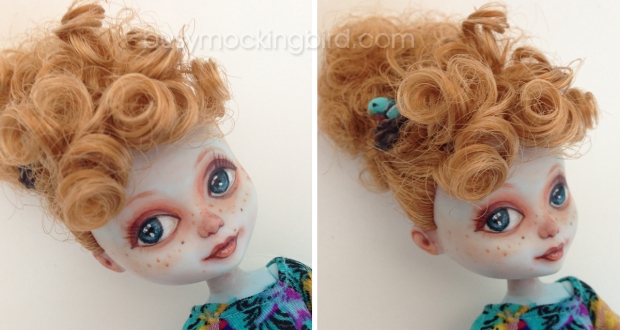 I even redrew some of her drawings onto the doll’s legs, like little doodle-tattoos. 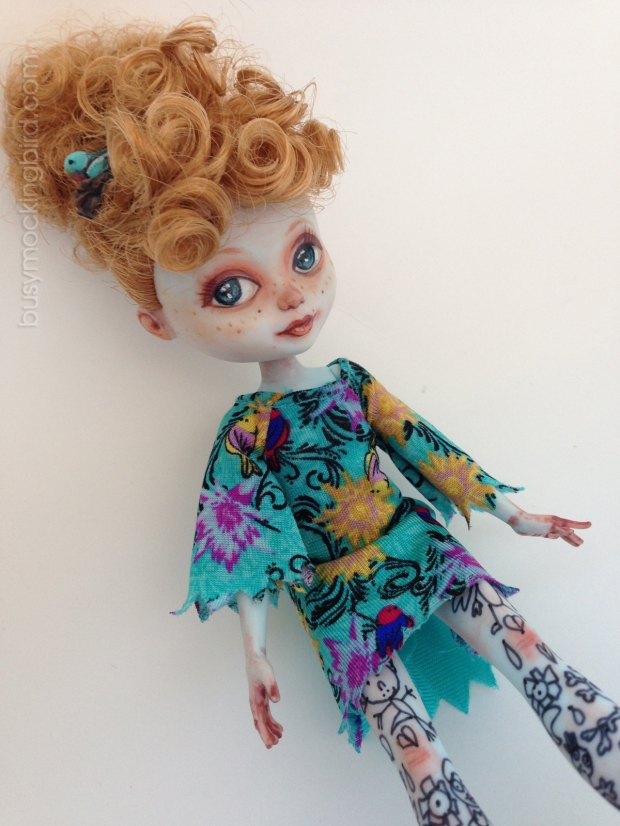 Myla’s seen me do some customizations lately, and asked if she could give it a try.  So once , when she had a chance to choose a toy, she chose a Monster High Boo-tique kit.   She’s not at all interested in clothing, but the kit inspired her, and she asked if she could draw on the actual doll instead. 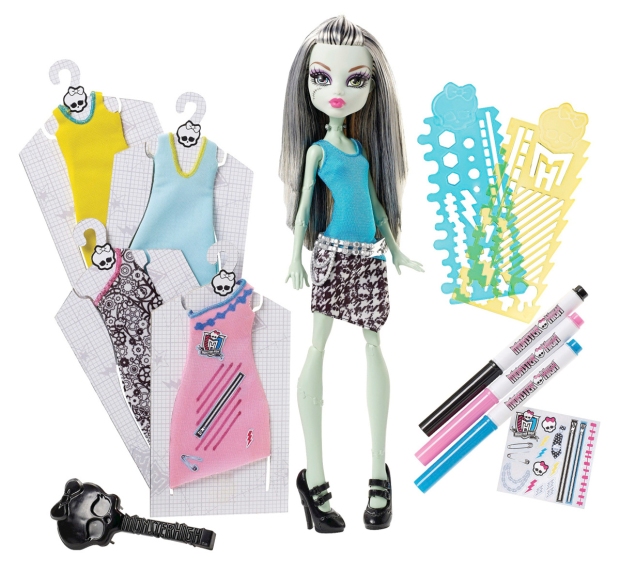 Now, Myla is a kid who hears “no” a lot.  We give her discipline.  She has rules.  But sometimes, when you can allow it, a simple yes can make a kid shine.

Awhile later, she showed me her masterpiece… 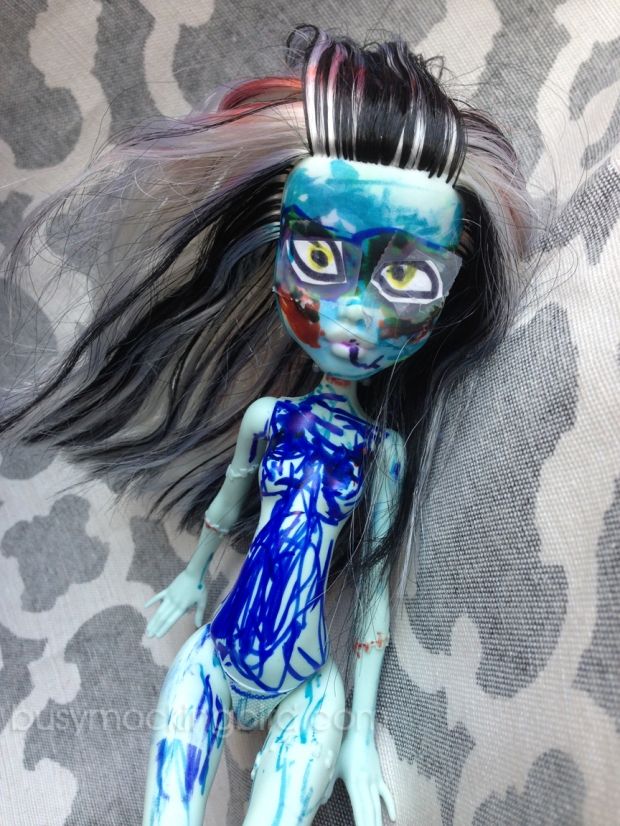 Okay, I know what you’re thinking–quite terrifying, right?  The thing is, she made it her own, and it made her so happy.  And it didn’t take a lot on my part.  In this case, saying “yes” told her “I believe that you can do it.”  And no matter what it looks like, she OWNED it.  As wonky as it was, she was pretty proud of her.   “I messed up on the eyes,” she said, “and I was frustrated, until I just cut some new ones out of paper.”    She markered her hair.  She drew a snake tongue on her mouth.  Her name is Alia, and she’s an alien (of course).

What did it cost me?  A doll.  Fifteen dollars for a chunk of confidence?  I’ll take it.

One of the things I learned from collaborating with her when she was four was that if you loosen the chains of thinking things should be “just so,” that magical things can happen.  As I said in that post so long ago, “Those things you hold so dear cannot change and grow and expand unless you loosen your grip on them a little.”  And the best part is that the confidence she’ll get from me trusting her is worth way more than the sanctity of any doll. 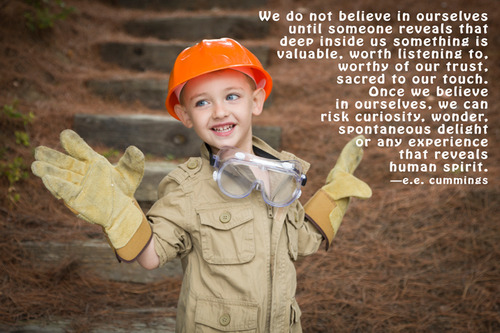 “My son has been a little down in the dumps. Maybe you could cheer him up?” 🤡#americanhorrorstory #ahsfreakshow #gloriamott ...(the most ridiculously entitled mother character of a spoiled adult child character)